To a certain extent humans can read minds. When we communicate there is a lot more going on than just the words we say. All sorts of nuance and emotion is communicated via our facial expressions and body language. As children we learn to read and replicate these nonverbal forms of communication. I think that’s one reason why cartoons and puppets are so popular with children. Their faces are simple, their expressions exaggerated and clear. This makes it easier for the child to place an emotional template over the character, which is a skill they must learn before they can mind-read at an adult level.

I would like to tell you two stories from my life with similar beginnings and very different endings.

One night in my late teens, a friend and I were standing outside a fast food restaurant. Several meters away were two girls about our age. An older man was talking to them and he was obviously making them uncomfortable. One of the girls looked over to me pleadingly, as if asking for me to intervene. I did nothing. I don’t know if it was indecision or fear or shyness. I wanted to help them, but for some reason I couldn’t. We walked away, and though I’m sure no harm came to the girls, I felt like I had failed somehow. That, though I had no obligation to intervene, it would have been the right thing to do.

For years that incident bugged me. The kind of memory that pops up occasionally to give you a little stab of shame and regret. I used to have a lot of those, these days I am more at peace with my past.

Then, one morning a few years later, I was on a train on my way to the city. A few seats away sat two teenage girls.An older man in the seat opposite was talking to them, I can’t remember what about. The girls were laughing awkwardly and the man’s behaviour was giving off a predatory vibe. The train rolled into the station and the girls quickly got up and made a beeline for the exit with the creepy guy in pursuit. I took it upon myself to do something, perhaps remembering the first incident, perhaps just because I had matured and changed somewhat in the few years that had passed. At the escalator to the concourse I placed myself  between the girls and the man. An argument quickly broke out as he tried to push past me to get to them. I can’t remember exactly what was said, but it culminated in him threatening to assault me just as we passed the turnstiles. This was a big mistake on his part as we were in full view of several security guards who quickly moved in to pacify the situation. All this had given the girls time to leave the station. I left too, as the man was now shouting at the guards instead of me and made my way to the city’s central plaza, which was only a few hundred meters away. As I made my way down from the elevated walkway from the train station I heard a crash behind me. I turned and saw that a “slippery when wet” sign had landed about a meter away. A man nearby said, “I think someone just threw that at you.” I saw the two girls from before looking at me and asked them, “Was that the guy?” One of them said, “Yes,” and “thank you.”

For me, these two incidents pose some interesting questions about morality. Firstly: Given a situation such as these, does one have a moral obligation to intervene? Or, given that it doesn’t concern you directly, is it better to mind your own business and stay out of it? In other words: Is it right to be a white knight? To impose your morality on a situation if you feel that it is necessary. Perhaps in some cases it is and others it isn’t. In these two instances I certainly feel like stepping in was or would have been the right thing to do.

Secondly: If intervening in such a situation is right, does my action in the second incident somehow make up for my inaction in the first? Is there some karmic equilibrium that can be reached when one’s good deeds equal their mistakes? I’m certainly proud of myself for how I handled the man in the city, but it only occurred to me today that maybe one act vindicates the other. If nothing else, I think that original sense of failure helped to sway my decision to act in the second event. Perhaps guilt and remorse are our moral compass’s way of telling us we are going in the wrong direction. If we can learn from these feelings, we can make better choices in the future. Then, if we are presented with the right situation, we can make the right decision where in the past we would have failed and psychologically atone for our past mistakes. Perhaps that is where the real karma lies, in our own mind’s judgement of ourselves and whether our past makes us worthy.

I welcome sleep
That sweet relief from the ecstasy of experience
The agony of constant sensation
Life, for all its joyous moments
Can also be tiresome and monotonous
A yolk of burden upon my living soul
I don’t fear death
For as much as I don’t want my life to end
I know one day it will
And I will be relieved of all obligation
All guilt and expectation
Returned to that purest of states
Nonexistence
Death is my long absent friend
Whom I will once again embrace
At long last
Nothingness, the home of my soul
Whence it came, it shall return
And finally
Sleep

I wrote a joke about an elevator.
It works on so many levels. 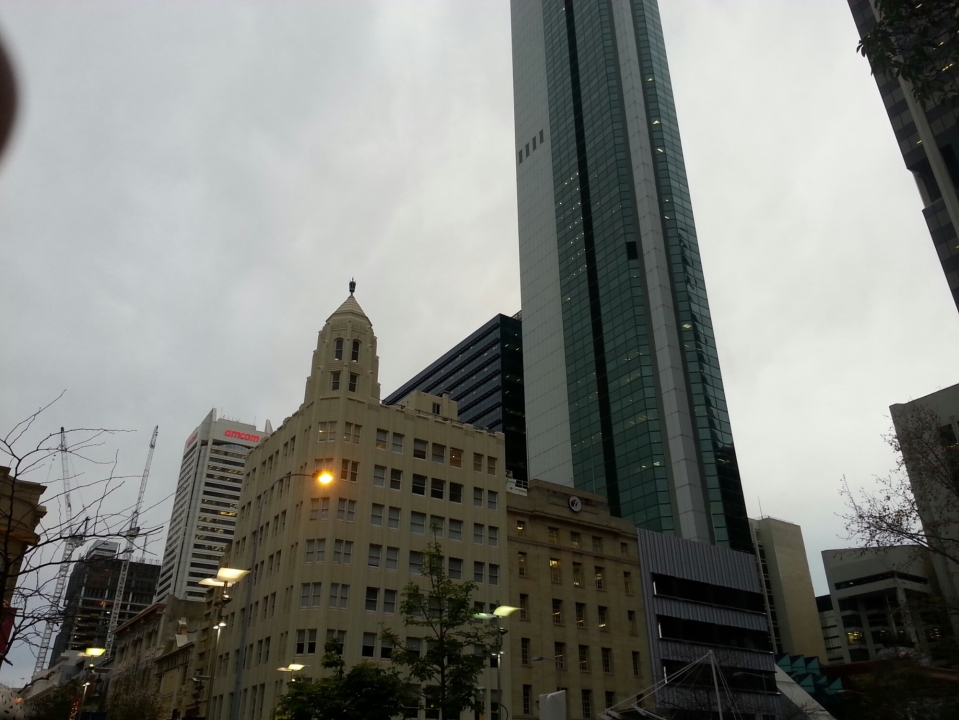 I sat in my usual place on the concrete seats by the church. Facing the small park nestled at the feet of three skyscrapers.
A young lady approached and sat to my left.
“You’ve been here all day,” she remarked and began to empty her pockets. “You were sitting there when I walked past before.”
She was counting money.
“Not all day.” I replied “It’s been about two hours, I think.”
She looked about fifteen. Wearing a black hoodie that hid her obviously slender frame.
“What are you doing here?” She asked.
I gestured at nothing.
“Pretty much this. I like to sit here sometimes.”
“I don’t know why you’d want to,” she said “This place is a shithole.”
I smiled. “Yeah, but it’s my shithole. Why are you here?”
“I’m trying to get some money together so I can get into a hostel tonight.”
The girl had obviously been begging for some time, she had what looked like $100 in front of her.
“How long have you been homeless?” I asked
“Few weeks now.”
She said that when she told her mother that she was bisexual, she was kicked out of her home and told to fend for herself. The mother had thought she was some kind of ‘satanic prostitute junkie’ and wanted nothing more to do with her.
“I’m not though,” she explained ” I just smoke a bit of weed. Weed isn’t that bad.”
“No, it isn’t. I used to smoke it all the time.”
Despite the horrible injustice that this girl had suffered, she was still optimistic about her future. She had plans to start a trade apprenticeship and get her life started, even without her family’s help.
“Do you have enough?” I asked
“I need ten more dollars.”
I said that I had a place to stay and she was welcome to share it with me for a while. But I understood that going home with strangers was not the best idea in her situation, so I would be happy to give her the money instead.
“Just the ten dollars would be great, thank you.”
I took out a fifty. When she saw me passing the yellow note she looked shocked.
“What? Are you..”
“Take it. I worked some overtime on Friday. I can afford it.”
“Thank you!” She said. “No one has given me a fifty dollar note before.”
“You’re welcome.”
She hugged me, then left to get to the hostel before the doors closed.
There’s probably more than one hundred homeless adolescents like her in my city. Many are forced onto the street by economics or violence. Some choose the street rather than stay with an intolerable family.
Of all the tragic stories I’ve heard, hers was particularly heartbreaking.
Faced every day with the prospect of sleeping on cold concrete just for who she is. Denied love and support from her family long before she should reasonably have needed to fend for herself. Disowned because of the ignorance and fear in her mother’s heart.
Something about her reminded me of myself. It was her attitude. I remember when I was younger, I too battled against forthright stupidity and lost. It gave me a kind of self assurance and confidence. I was determined to live my life on my own terms without needing anyone’s patronage. I could see those things in her young eyes and I knew that she would find a way to survive and prosper.
From great hardship comes great resilience. If that young lady does not let homelessness defeat her, nothing will defeat her.

The spirit is stronger in the lady
Her star shines by day
To all observing, the brightest thing in the universe
My star is more distant
Clouded, enshrouded by the milky way
At its heart, pure darkness
Visible only by the swarm of orbiting fireballs it has trapped
I used to sit on the grass at night
Searching the sky for my impossible guide
When I can find it, my mind synchronizes with its rhythms
Overloads me with a sense of mass and gravity
It’s exhilarating. I love it.
But minds get trapped by darkstars
They have no balancing force to keep you from falling
The harmonics of the heavens sings to humanity
The months of the moon
Days of the sun
The constellations that spin about the year
But some are seduced by the dark heart
And feel its pull across the lightyears
Are we foolish?
Are we doomed?
The darkness in our souls
Is attracted to the darkness in the heavens
There is much darkness there to see
But nothing so dark as the axle on which the galaxy spins
The hub star

A million voices
Cry out in perfect resonance
A million golden soldiers
Fight the same battle
A million outspoken advocates
Each with their own cause
But the same objective
A million makeshift churches
Built in the ether
Preach unity, love, peace
A million moral compasses
All pointing the same direction
Oneness is coming